As an organization that exists to end the homelessness of vulnerable people, particularly those living with major challenges like serious mental illness and addiction, DESC is deeply involved in our region’s growing homelessness crisis.

We have been a leader locally and nationally in delivering cost-effective strategies that reduce homelessness. And we see firsthand the life and death consequences of public policy decisions.

At DESC, we have a long history of partnering with diverse stakeholders, including business, government, community organizations, and neighbors, to address our region’s most vexing problem. At times we have found support from unlikely allies, and we know that the key to solving large scale problems is cooperation. That said, we are deeply disheartened at the recent tenor of the policy and funding debate regarding homelessness.

Misinformation about the issue is rampant, along with an unfounded theory that small adjustments to citywide systems will be able to resolve a massive and growing problem. All too often proposed solutions ignore the best evidence we have about solving the problem of homelessness, reverting instead to ineffective (and often harsh) ideas from the past.

DESC has a 39-year track record of delivering services in Seattle. Due to system-wide improvements, we have actually become more effective at ending the homelessness of people living with serious challenges in recent years. However, the demand for our services has grown at an unprecedented rate, especially in the past three years. For the first time in Seattle’s history, more homeless people are trying to survive outside than are able to have temporary safety inside emergency shelters.

DESC has led the way in measuring the effectiveness of programs and designing interventions, such as Housing First. We know these programs work because we’ve evaluated them, rigorously. We know that all the services in the world will have limited effectiveness if people remain on the streets, trapped in a mode of survival. We have also been at the forefront of proving that for homeless people with the most significant challenges, it’s more expensive to leave them homeless than it is to house them in Housing First programs.

The solution to homelessness is housing, and any strategy that doesn’t prioritize that is destined to perpetuate the status quo.

We’ve had dramatic success removing people with severe disabling conditions from homelessness and keeping them housed. DESC moved almost 500 people from the streets into safe housing in 2017. Nevertheless, we’re experiencing an increase in homelessness in our community. Economic forces such as the cost of housing are driving people into homelessness faster than we can pull them out.

The urgency and scale of the task at hand is larger than it has ever been. Now is the time for strong leadership to move us past blame and recriminations toward a common goal of bringing our neighbors inside. Everyone in our region is frustrated about the current state of homelessness, none more so than the people stuck in such horrible conditions. We appreciate the efforts of City of Seattle leaders who recently tried to create a path forward. In the aftermath of that effort’s failure, we have no choice but to get to work in earnest to address the challenges we can only face together. As always, our door is open to people seeking help and to those willing to roll up their sleeves and work toward evidence based solutions for those most in need. 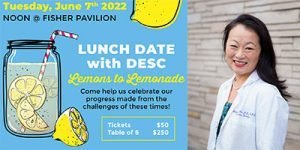 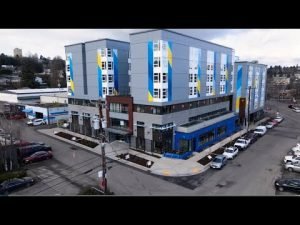